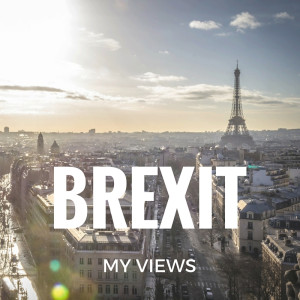 We’re going to hear a lot over the coming months on the Brexit or the In or Out campaigns, the EU referendum – what ever you want to call it, it’s all coming down to the one thing. Should we stay or leave Europe?

Plenty of high profile campaigners in Government and business are now starting to come out the woodwork with the choices that we feel that we should make. Some of the announcements are starting to bite back such as with John Longworth having to leave the British Chamber of Commerce for announcing his personal views on the matter (here). However how do we try and make a sensible choice for us and for future generations?

I’m English, I would sometimes describe myself as British, but I would never describe myself as European at all. However I believe that Europe is a good thing. I’ve been lucky to travel the world with work, and I’ve done a lot of business with most of the European states. The benefits of being in Europe the last few years have made that business easier and the movement of sets, and equipment between the borders has been great. Getting on a train in Germany and then taking it into France with no passport check was different to the usual airport experience and the ease of one currency to worry about in the EU (I would never want to lose the pound), the ease in which business can be done the list can go on for the positives that being part of the bigger organisation can bring.

There are of course negatives to the membership – we give a net contribution to the EU of about £8.5 billion pounds a year. Whilst this sounds a lot of money, we should remember that this is around 1% of the UK’s annual spending. To people outside the EU we’re seen as part of Europe and in some quarters of business that’s viewed as negative. As one of the leading “business super powers” we should be standing on our own two feet…

I believe at the moment that the leave campaign carries just far to many risks. If you reed around this site you’ll see and know I’m a risk taker, and I like to explore the un-known and never happy with a “status quo” in life but in my view the economy of the UK at the moment (and this can also be said for the EU and the world) is just so un-stable that throwing the knock on to us leaving just brings so many potential problems. We’ll certainly see shares drop, and with shares going down, pension funds will drop, investments will drop. I don’t see how that’s a good thing?

Whilst also I don’t like his airplanes for a whole host of reasons Michael O’Leary recently said at a press conference: “Ryanair is absolutely clear that the UK economy and its future growth are stronger as a member of the European Union than they are outside the EU,”. He went on to say “Leaving Europe won’t save the UK money or red tape because, like Norway, the UK will still have to contribute to Europe and obey its roles if it wants to continue trade freely with Europe, so it’s clear UK voters should vote yes to Europe and yes to the reformed Europe that David Cameron has delivered.”

I’ve also concerns about the following:

“More than 50 per cent of our exports go to EU countries,” says Sky News

Britain also benefits from trade deals between the EU and other world powers. “The EU is currently negotiating with the US to create the world’s biggest free trade area,” says the BBC, “something that will be highly beneficial to British business.” Britain risks losing some of that negotiating power by leaving the EU.

France has said recently that there would be “consequences” for Britain if it left the EU. I would fear more if this was Germany – but we can’t ignore such threats from our geographically closest neighbour.

Fears that car-makers could cut production in the UK as vehicles could no longer be exported tax-free to Europe were confirmed by BMW’s decision to remind its UK employees at the Mini factory of the “significant benefit” EU membership. Surely also given the present issues with the steel industry in Port Talbot – this is not the time to be shutting our borders and not allowing easy investment in from overseas or providing a economy where we can’t be clear of our future.

The effect of leaving the EU on British jobs depends on a whole host of things mostly linked to trade and investment in the country.

Up to three million jobs could be lost if Britain goes it alone from reports that link that number of jobs to the amount of jobs connected with work solely into Europe.

Free movement of people across the EU as member also opens up job opportunities for British workers seeking to work elsewhere in Europe.

Britain’s place in the world

Brexit would result in the country giving up seat at the table in Europe, turning back the clock and retreating from the main power table of the 21st century.

The American government fears that the “EU referendum is a dangerous gamble that could unravel with disastrous consequences for the entire continent”, says The Guardian.

Former chiefs of defence staff Lord Bramall and Jock Stirrup, say in a letter released by No 10, they argue that the EU is an “increasingly important pillar of our security”, especially at a time of instability in the Middle East and in the face of “resurgent Russian nationalism and aggression”.

What though as we wake on the morning of the 24th June would I hope that we see?

I don’t want us to leave the EU. I fear the Brexit issues that if we did leave would far outweigh the benefits – and I also fear that we’ll be in a period of so much uncertainty that it will take the country a large amount of time to recover. It’s better at this present time when the world is becoming more connected, and more open that we stay as part of an organisation who’s solid base gives us a free seat at the top of the table (behind the German’s) to dictate so much of what goes on around our shores and our nearest trading partners.

1. There are 28 member states so far and a further seven described as “on the road to membership”, including Turkey and Serbia.

2. The EU has 65 institutions, bodies and agencies.

3. Within the EU, there are 19 members of the eurozone currency area.

4. There are 751 members of the European Parliament (MEPs).

6. There are around 507 million citizens living in the EU, about 7% of the world’s population.

7. Just over three million people in Britain were born in other EU countries, or 5% of the whole population.

8. In 2015, the UK paid a net £8.5bn of contributions to the EU, making it the third biggest contributor behind France in second place and Germany in first.

10. There are 55,000 civil servants employed by the EU across its various institutions.

0 thoughts on “BREXIT – My take on what we should do”